Results » Results » Under 25s and Veterans

Under 25s and Veterans

Take a look at the results

We were woken up early this morning by heavy thunder & lightning and rain. But it stopped just before the Veterans and under 25 teams gathered at the range.  Then the first spots of rain appeared seconds after the last shot of the day was fired.  During the presentations, around 4:30, it suddenly darkened outside and soon after we were hit by thunder & lightning and another heavy downpour.

Enough about the weather, the important bits: our shooters! 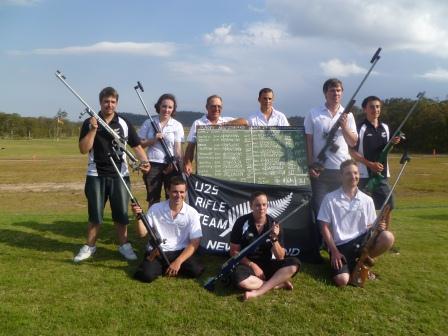 The Vets team finished 5th with some great shooting against top competition, well done guys, we are proud of you too! The team has not had an easy time here with illness and aches & pains stretching Noel's stress levels.  At the beginning of the week Noel had decided he would not shoot the Queens due to the stress, but he changed his mind (I think his wife told him to and like any good husband he obeyed) and had some good scores. 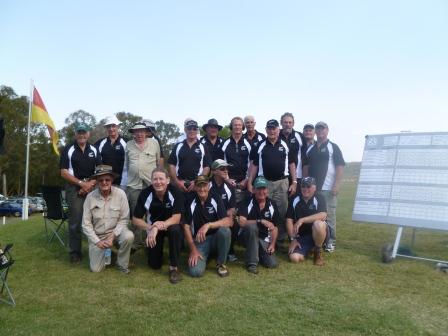 We're heading out to find a TV to watch Wales beat France! Tomorrow the World Individuals start.  Due to the large number of entries the scheduled practice morning has been cancelled and we start at 8:30 at 900 yards.  After the issues I had yesterday I have decided to pop in an eagle-eye and John & I spent an hour or so at the zero range this afternoon, so hopefully I won't need to waste too many sighters this week.  With all matches being 15 shots from now on, it's gonna be real tough holding the rifle for so long in this extreme heat.  Forecast for tomorrow: 28 degrees and very humid!