The day was fine. The breezes picked up as the day progressed. It was a close finish with Dave von Elling from Clevedon top scoring in the target class. Paul Neal shot well to top the F-Open and Graham Piper won the F-TR Class. 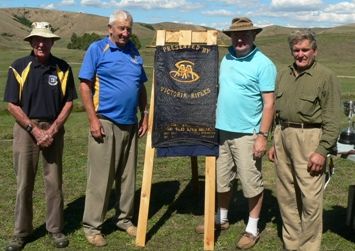 Te Puke failed to defend the Victoria Banner this year because they did not attend in sufficient strength.  This gave Otorohanga the chance to beat Clevedon to the honour with a popular win.  John Apperly, Barry Geange, Mark Lane, John Scobie.

Once again at South Auckland Champs this year, the markers team was provided by the Te Awamutu Community Cadet Group. An interesting story form this group was that as one of the members of an earlier team, Cameron Barry, was given a shoot after the meeting. He became so interested in shooting that he joined the Regular Force and trained as a sniper. He has recently returned from Afganistan having completed a tour of duty as a sniper. 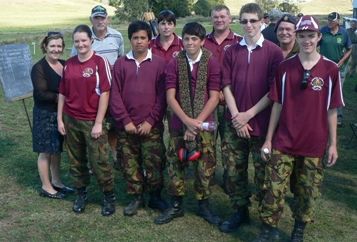 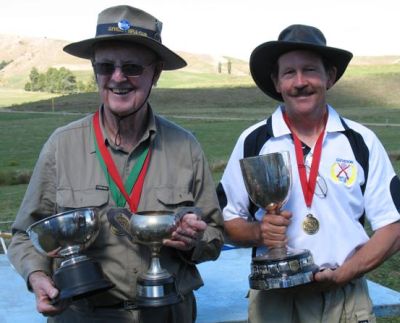