Day One of the Nelson champs got underway today with rain threatening.  The programme was amended to seven shots at 300yds and let's see if we can get it completed.   Thirty five competitors braved the weather and signed up for a challenging meeting.  Twelve North Island competitors also made the trip to the West coast, many attending this meeting for the first time.

Shooting got under way using all six target frames of the Westport range.

The 500yd match was also reduced to seven shots with the weather steadily closing in ending with an early lunch for all.  600yds got under way with the decision to also reduce to seven shots.  Unfortunately not all competitors completed this match with four still to post a score at the 600yds waiting for a break in the rain.  These scores will be posted when available.

Day two was completed with a modified programme due to interruption by persistent rain.  Two ranges were completed; 10 shots at 600 and 15 shots at 700yds to give a day two and a championship aggregate. 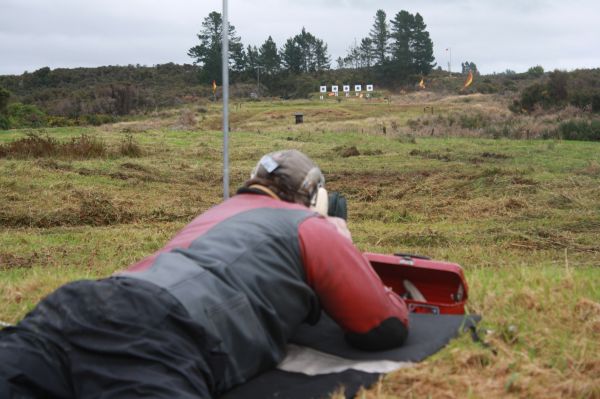 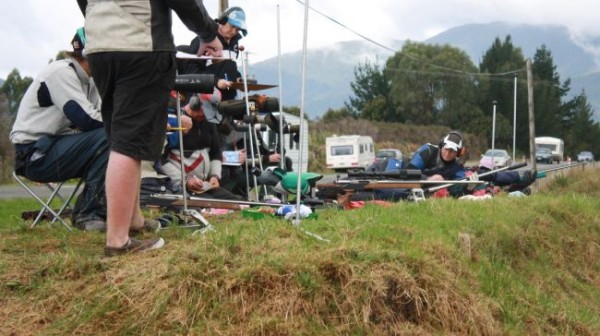 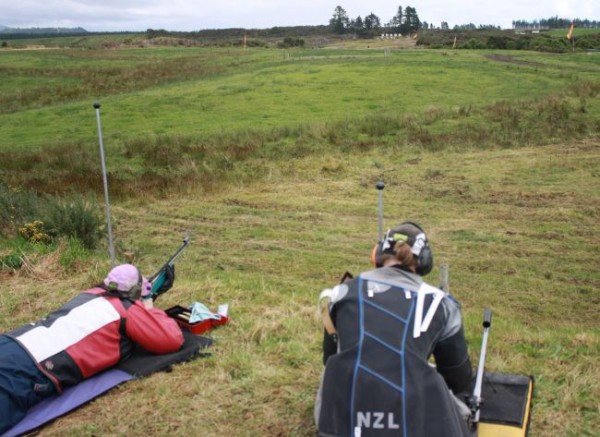 Bernard Menzies a Trustee for the Westport rifle range estate officiated with the presentation of trophies. 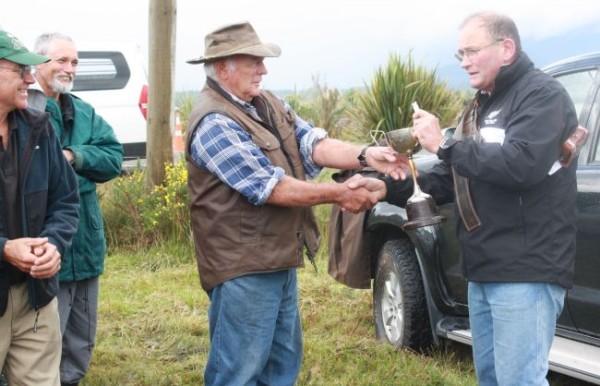 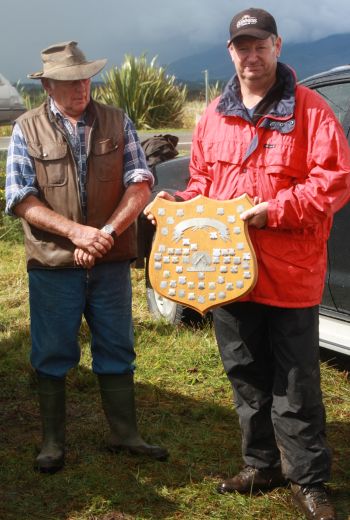 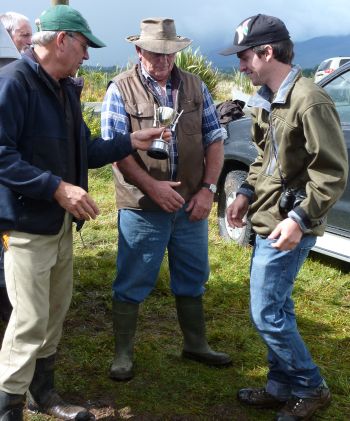