The NZ Ladies Rifle Team would like to announce the winner of a fund raising raffle for the Canterbury Gunsworks rifle suppressor.

Funds raised were used to offset some of the team costs incurred with the recent Ladies team deployment to South Africa to participate in the 2013 South African Open Bisley Championship at the General de Wet Rifle Range, Bloemfontein April 2013.

Many thanks to all those who supported this raffle. 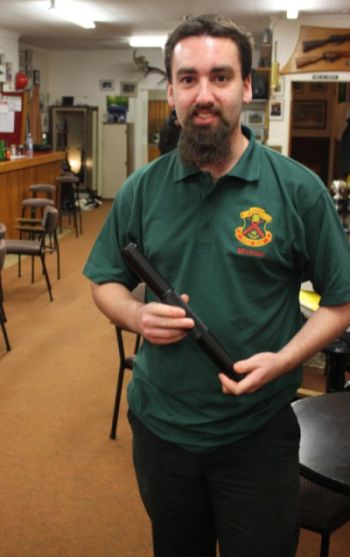 The Lucky winner - Michael of the Petone Rifle Club

Posted in Ladies; Tagged Events; Posted 9 years ago by Helen Morgan Less than a minute to read