Steve Morris' (Stump) funeral will be held at 10am next Tuesday, 26th April 2016 at Cornwall Manner in Lower Hutt. All are welcome to attend. There will be a private cremation afterwards.

Cornwall Manor is situated on the corner of Knights Road and Cornwall Street. 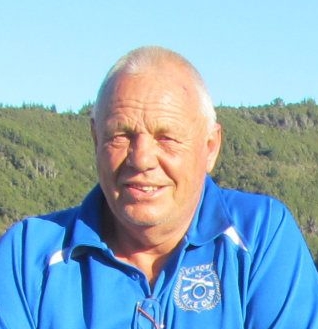 I have really sad news to deliver tonight. Stump (Steve) Morris passed away earlier this evening after a long illness that took a sudden and swift turn over the last few days.

Stump and June Morris have not only been long serving members of our club since 1999 but have also given so much of themselves to it and to the NRANZ including sponsoring prizes in the Ballinger Belt for many years.

We can attribute the Karori Rifle Club flag to their generosity, the carpet that is in our clubrooms was also a gift, not to mention the kitchen upgrade. He did so much maintenance work on the clubrooms while June grafted away inside.

Stump was one of the most politically incorrect, racist, male chauvinistic people we’ll ever have met. But he was also the most sensitive, kind, caring and loyal person I have ever met. Stump (and June) have always spent time looking after the older members of our club and organisation, time spent with Bob Bent, Graeme Derby and Ray Barrow to name a few.

They have consistently put so much hard work into the club over the years humbly rejecting the praise and gratitude of its members.

When I first started target shooting I was using a .303. When the range re-opened after the army shut it down I wasn’t allowed to shoot the .303 anymore. I was going to leave the sport. Stump convinced me to shoot his Musgrave and then offered to sell it to me at an unbelievably cheap price even allowing me to pay it off. You see I wasn’t working as I was an at home mum and Duncan was in full time study. I made my first NZ Ladies Representative team with that rifle. I still have it.

Stump also turned up on our doorstep one day with bags full of groceries because he knew we were doing it hard. It included a huge slab of steak. We hadn’t eaten steak in months. His generosity was enormous and never ever forgotten.

He (and June) are also the reason why Duncan and I met – so he is to blame for the tribe of McKee’s that came from us meeting.

Our club has lost a good man. Many of us have lost a great friend. We’ll raise a cup of tea to that.

I’ll let you know funeral details when I get them.